Have you ever heard the story about the tortoise and the hare? In short, a hare and a tortoise were in a race. The hare was fast, and the tortoise was slow. The hare knew that he would leave the tortoise in the dust and he was very boastful about that fact! And a fact it was indeed. When the hare took off, the tortoise was in his dust putting one foot in front of the other and slowly moving forward.

The hare was so far ahead of the tortoise that he figured that it would take the tortoise ages to catch up to him, so because he got to a point so quick, he was tired and decided to take a nap. Tortoise would not catch up to him anyway, right? So the hare napped. Slow and steady, one foot in front of the other, at the speed of molasses the tortoise kept moving forward. He got to the point of seeing the hare under a tree napping. He walked right on by.

When the hare woke up, rested from his nap, he looked behind him to see where the tortoise was. He did not see him. By the time he DID see him, he was two steps from the finish line of the race! He took off full speed ahead! He ran with all his speed and with all his might, but, just as he turned the last bend, the tortoise’s foot was over the finish line. He had won the race. When it was time for tortoise to give his winning speech, he simply said, “Slow and steady wins the race.”

Great story, right? It is personal for me because at times, I feel like the tortoise. I used to be a hare though. I used to rush and get tired. I wanted to gain as much ground… knowledge, as possible. I wanted to finish fastest and first, not necessarily to boast, but to just get done. What I realized in my hare-mentality was that along the way I missed some steps and I napped in the race and lost. I also realized that I couldn’t tell you much from the journey, barely mile markers, small wins. I just wanted to finish and move on. When I realized how much I suffered with those behaviors and mentality and that I was NOT maturing, something had to change.

God has allowed a path for a willing and steady decrease for me for some time now. I am becoming a tortoise. I used to see demotion, shame, judgement, and insignificance. Now I am learning, like the tortoise, that “slow and steady wins the race.” God has gifted me with time. Yes, we are in the end days and the time is short, but God is the Author of time. He controls it, and I am coming into the realization that I have time to go at the God-ordained pace He has set for me.

If you’re like me and feel like you are going too slow and it can at times be discouraging, remember Our Father is in control of time, and we have it as a gift to be in-step with Him. He would love for you to finish the race well, but a part of that “well” is finishing with understanding. He wants you to know the mile markers that built your faith. He wants you to observe the road of deferred dreams, yet the tree of hope and rock of salvation you saw, passed, and held onto in your mind along the way. He wants you to know Him, your running aid who came at checkpoints to give you water and encouragement. He wants you to remember every checkpoint and who was there cheering you on, who was running beside you, and what it felt like, as slow as it seemed, to get that one foot in front of the other. He was not interested in changing the course for you because of your speed. He is interested in the course changing YOU.

We are in a race ladies. There is one prize, and He is Jesus Christ. He not only wants us to finish into his rest, but he wants us to enjoy the journey. Ask yourself, “Am I enjoying the journey in this race of life in getting to know God and becoming transformed? If that answer is no or not yet, you are not alone, but you do have an opportunity to move on from that. How? Take your time.

I am learning to enjoy the word of God, slowly, like at a fine dining experience. At a fine dining experience, you do not get big portions. You get small ones that have great cost. You get the finest and fewest ingredients so you can see, smell, and taste each one. The chef wants you to be able to identify the notes in the food and grasp a deep appreciation for his pairing of flavors and marriage of them. He wants your compliments. He wants you to request a visit to your table so he can end your guessing and give you a view of his face, and his story, and the backstory of the dish before you. He wants your applause, and your recommendation. He wants you to sing his praises, write reviews (testify) of his goodness, and then the ultimate compliment is that he wants you to come back, with a new friend, even an old friend that may have consumed his meal too fast and needs another taste so they can get what you got from it. The point was that you had to chew slow. Even if you were eating meat, you had to chew slow so you could identify the flavors, the sauce, and appreciate the full experience.

Slow and steady wins the race. We will finish and even qualify for other races. The Bible sums up and shares this encouragement with us, and I want to remind you of it as I was recently reminded of it:

“I have seen something else under the sun: The race is not to the swift or the battle to the strong, nor does food come to the wise or wealth to the brilliant or favor to the learned; but time and chance happen to them all.” Ecclesiastes 9:11

The race has been given to us all. Endure! 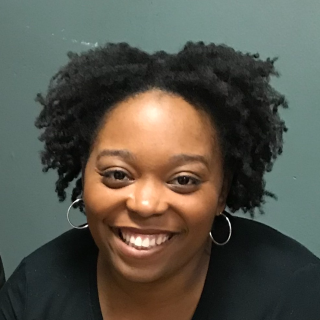